Will Smith is finally addressing the Oscar slap drama.

He posted a new video, titled “It’s been a minute,” to social media on Friday answering questions about shockingly slapping presenter Chris Rock during the March Academy Awards telecast. The comedian had made a joke about Jada Pinkett Smith’s hair, unaware she has alopecia, triggering Smith who stormed to the stage.

“Over the last few months I’ve been doing a lot of thinking and personal work,” a title card said at the start of the nearly six-minute video. “You asked a lot of fair questions that I wanted to take some time to answer.”

Smith went on to tackle them, starting with why he didn’t apologize to Rock that night when, a short time after the slap, Smith was back onstage to collect the Best Actor award for King Richard.

“Um… I was fogged out by that point. It’s all fuzzy,” he said. “I’ve reached out to Chris and the message that came back is he’s not ready to talk and when he is, he will reach out. So I will say to you, Chris, I apologize to you. My behavior was unacceptable and I’m here whenever you’re ready to talk.” 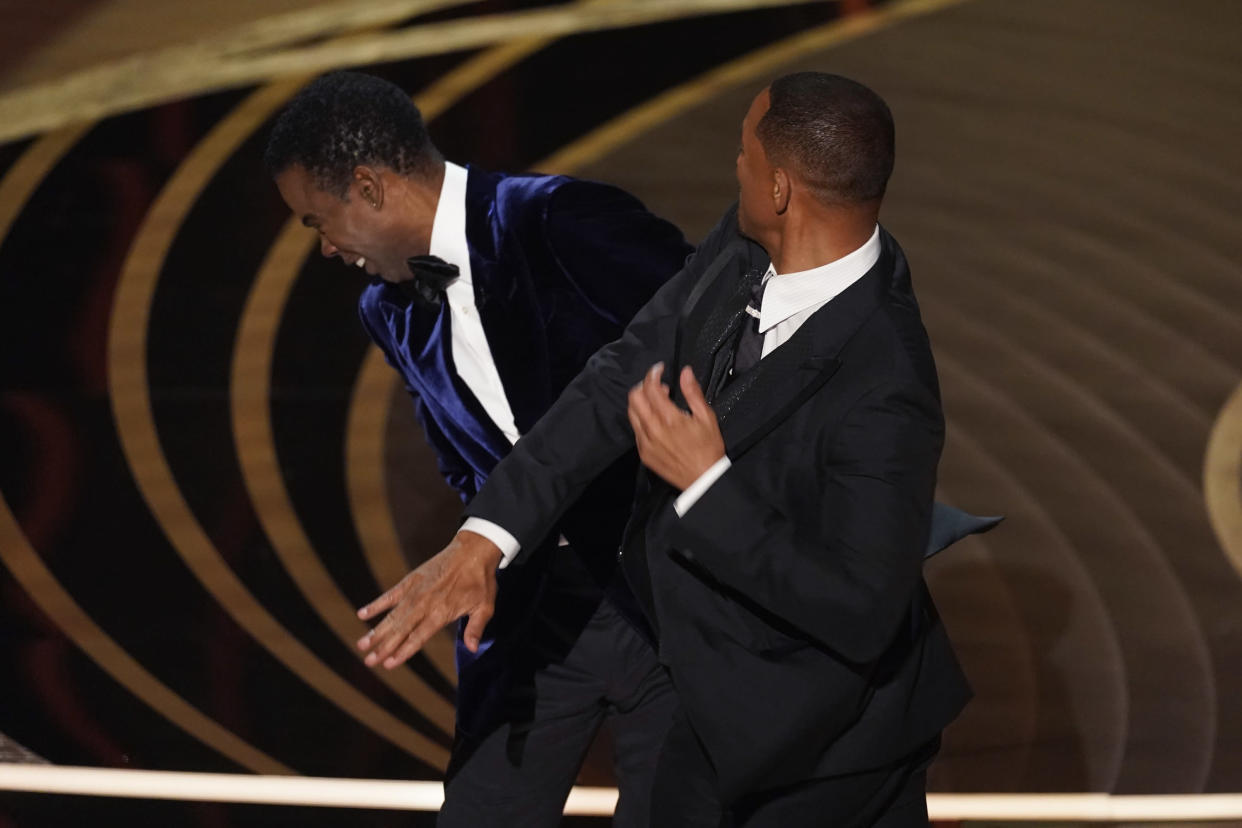 He said he’s spent the last three months trying to understand what happened in that moment.

He made it clear that Jada didn’t tell him to do that.

“‘After Jada rolled her eyes, did she tell you to do something?’ No. I made a choice on my own from my own experiences, from my history with Chris,” he said. Jada had nothing to do with it. I’m sorry, babe. Sorry to my kids and my family for the heat that I brought on all of us.”

To his fellow nominees, he said, “It really breaks my heart to have stolen and tarnished your moment. I can still Questlove’s eyes. It happened [during] Questlove’s [win for Best Documentary]. I’m sorry really isn’t sufficient.”

He went on to say he’s disappointed in himself for letting people down.

“Disappointing people is my central trauma,” Smith said. “I hate when I let people down,” saying it hurts him psychologically and emotionally. “The work I’m trying to do is I am deeply remorseful — and I’m trying to be remorseful without being ashamed of myself. Alright? I’m human and I made a mistake and I’m trying not to think of myself as a piece of s***.”

So he would say to anyone disappointed, “I know it was confusing,” he said. “I know it was shocking but I promise you: I am deeply devoted and committed to putting light and love and joy into the world. If you hang on, I promise we’ll be able to be friends again.”

The shocking moment took place during the March 27 telecast. Rock took the stage to present and made a quip about Jada’s hair, suggesting she could star in a G.I. Jane sequel. (Demi Moore famously shaved her head for the original film.) The remark led Smith to march to the stage and Rock in front of packed Dolby Theatre. Smith then returned to his seat and screamed obscenities at Rock, telling him to never again utter Jada’s name. A stunned Rock agreed — and tried to carry on with the show.

The whole thing got weirder when Smith then won his Best Actor award and got a standing ovation from the crowd. He didn’t apologize to Rock in his speech. After the show, he attended the Vanity Fair party with his family, gamely dancing to “Gettin’ Jiggy Wit It” while party-goers gathered around him.

More soon came to light about what transpired behind the scenes that night. The Academy said in in a statement that Smith was asked to leave the show but “refused.” Executive producer Will Packer later said Smith stayed at the show because Rock declined to have him arrested or removed. A member of the LAPD was backstage to make clear Rock’s rights, Packer said, but he claimed Rock just wanted to get out of there. A Rock source has said he was never asked if he wanted Smith removed.

The day after the show, Smith made a public apology, saying he was “out of line” but the joke about “Jada’s medical condition” upset him. Amid an investigation into the events of that night, Smith resigned from the Academy days later, issuing another statement calling his behavior “inexcusable.” A week later, the organization banned him from the Oscars and other events for 10 years.

The Smith family, who live very public lives, have said little about slap-gate. Then on June 1, Jada did a Red Table Talk episode about alopecia hair loss. At the start, she addressed the slap for the first time, saying her “deepest hope is that these two intelligent, capable men have an opportunity to heal, talk this out and reconcile.” But, “Until then, Will and I are continuing to do what we have done for the last 28 years — and that’s keep figuring out this thing called life together.”