Maryland woman, 73, is impaled in the groin by a 100-pound SAILFISH that leapt out of the ocean at her while she was fishing off the coast of Florida

A 73-year-old woman was stabbed by a 100-pound sailfish while fishing with some friends off the Florida coast.

The fish impaled Katherine Perkins, of Arnold, Maryland, in the groin area with its pointed bill on Tuesday while she was standing in the boat as two companions tried to bring it in on a fishing line.

Her friends immediately applied pressure to her wound and called 911 as they headed towards shore, where she was then flown to nearby HCA Florida Lawnwood Hospital for treatment.

While her current condition remains unknown, Perkins was said to be in the hospital recovering on Thursday. 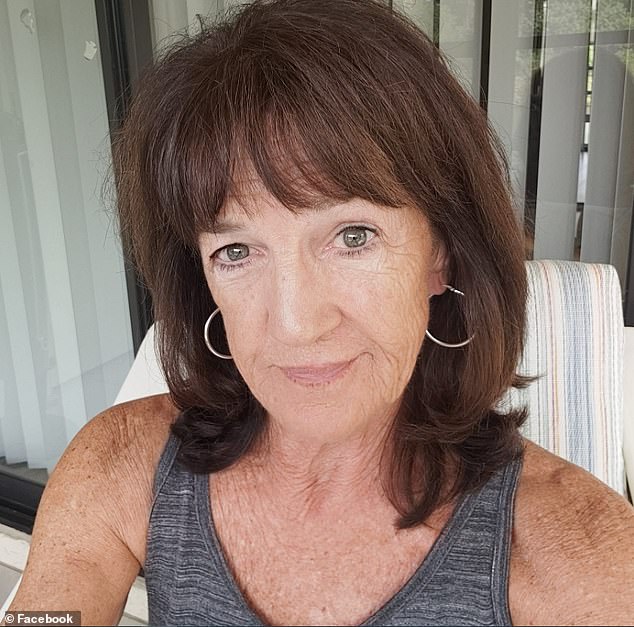 Katherine Perkins, 73, (pictured) was stabbed by a 100-pound sailfish while fishing with some friends off the coast of Stuart, Florida on Tuesday 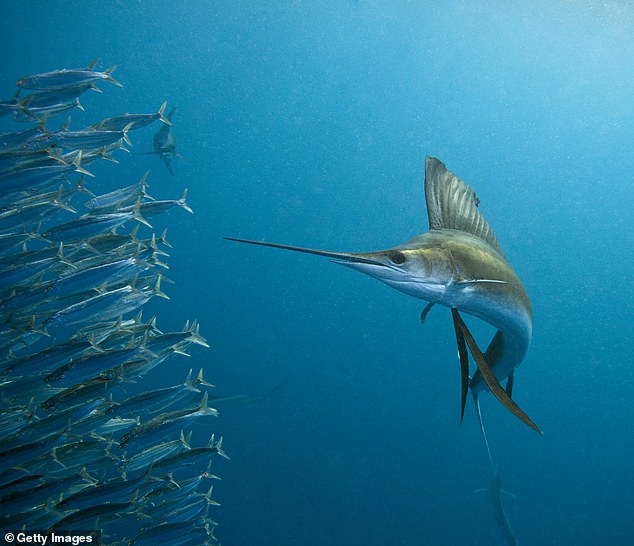 Perkins and her friends were in a boat off near Stuart, a coastal town north of West Palm Beach that is regarded as the sailfish capital of the world, when they caught the 100-pound sailfish (file photo)

Perkins and her friends were in a boat two miles off the shore of Stuart – a coastal town north of West Palm Beach that is regarded as the sailfish capital of the world – when they caught the 100-pound sailfish.

The large fish charged at Perkins, who was standing next to the center console, while her companions were trying to take a picture with it, the Martin County Sheriff’s Office confirmed to Treasure Coast Newspapers.

‘The sailfish jumped out of the water and stabbed Katherine in the groin area while she was standing next to the center console,’ authorities said.

Stuart residents Louis Toth, 75, and Dominic Bellezza, 77, applied pressure to her wound as she was transported to the hospital.

It is unclear if either of the pair were responsible for reeling in the 100-pounder.

Perkins told a deputy the incident happened so quickly that she didn’t even have time to react. 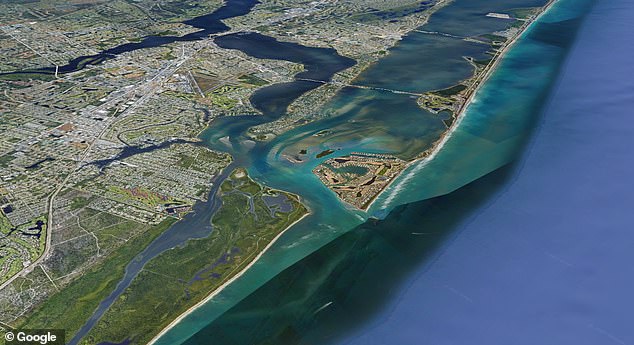 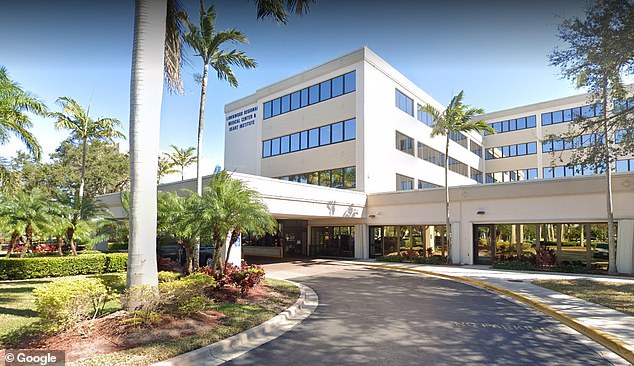 Sailfish can grow to be 11 feet long and up to 220 pounds and are among the fastest fish species in the ocean.

Like the swordfish, sailfish are recognizable by their extended, pointed bills. They are strong fighters and known to deep dive and pull drag fishing reels, trying to dislodge fishing hooks.

While sailfish are usually released, Floridians try to fish for them. There is even a tournament which sees many residents from Stuart and nearby Fort Pierce trying to reel sailfish in.

The largest sailfish caught in Florida weighed 126 pounds, according to state records. It was reeled in on June 13, 2009 by Larry Maier off Big Pine Key.

During the Pelican Yacht Club Invitational Billfish Tournament in January 2019, 38 fishing boats caught and released a record 969 sailfish over the course of three days.

Wildlife experts advise that people take pictures of sailfish without pulling them from the water.