Trainee dental nurse, 30, caught trying to drive her car home while twice the alcohol limit after it was ‘trashed’ by her ex-boyfriend is banned from the roads

A trainee dental nurse has been banned from the roads after she was caught drink-driving while moving her car home after it was ‘trashed’ by her ex-boyfriend.

Mother-of-one Charlotte Fattahi, 30, was stopped outside her terraced property in Stockport, Greater Manchester after a police patrol watched her drive just 100 metres from the back of a nearby Co-op store.

The incident occurred at 1am on September 17, just days after Fattahi’s VW Golf was broken into and damaged near her home.

Prosecutor Gareth Hughes told Stockport Magistrates’ Court: ‘Police were on patrol and saw the vehicle pull out of the rear of a Co-op. There was nothing suspicious about it – apart from the time of the day that the car was being driven.

‘The car was being driven within the speed limit but police followed and the vehicle pulled up in a car parking space. They spoke to the driver and could smell alcohol on her breath.

‘She gave a positive result and after conducting checks, she was found to have no insurance for the vehicle.’ 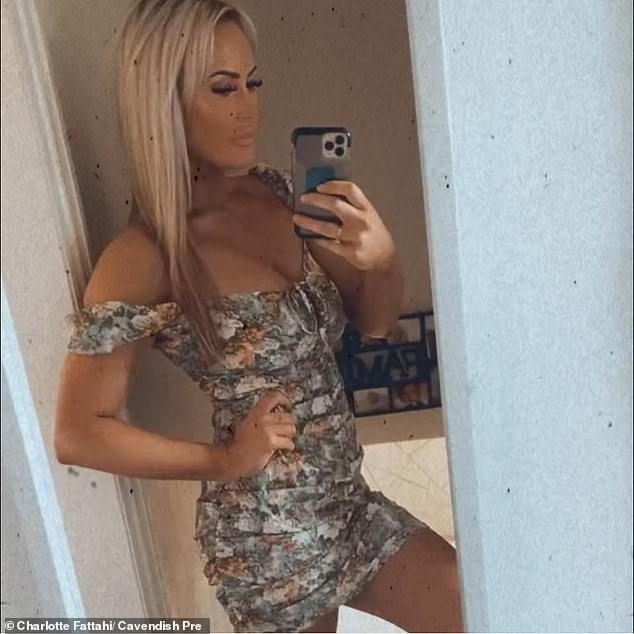 Mother-of-one Charlotte Fattahi, 30, was stopped outside her terraced property in Stockport, Greater Manchester after a police patrol watched her drive just 100 metres from the back of a nearby Co-op store

Tests showed Fattahi had 64 micrograms of alcohol in 100 mililitres of breath. The legal limit is 35mg.

The trainee also had a previous drink driving conviction from March 2016.

In mitigation, defence lawyer Stuart Thomson said: ‘She had no intention of driving the vehicle, she was just moving the car outside her house.

‘The car was approximately 100m away from her house.

‘She was moving her car because the vehicle had been broken into a few nights before.

‘Her ex-boyfriend had trashed the car and her insurance had just lapsed. Police were at the top of the road when she set off.’ 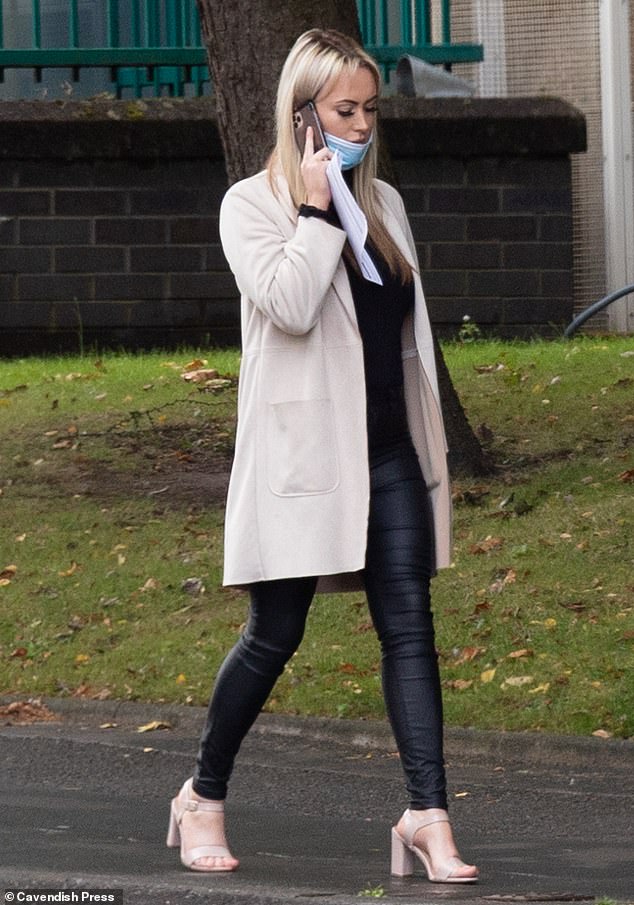 Fattahi who admitted driving with excess alcohol and having no insurance told the court: ‘I would just like to apologise. I had no intention of driving.

‘I just wanted the car outside the house so it would be safer. I only drink socially, drinking is not a problem.’

She was banned from driving for 38 months, fined £420 and ordered to pay £127 in costs and surcharges.

JP Mayor Shah told her: ‘Drinking is not a major issue for you – we accept you only drink socially.

‘But if you are drinking again, next time get a taxi home.’