Woman, 59, hit with £120 of parking fines in a DAY for turning her car around to leave the Yorkshire street where she lives

A mother was fined three times in a single day for using a car park entrance to turn around her car in order to leave the narrow street on which she lives.

Dianne Bakolis, 59, was hit with £120 worth of fines after performing the manoeuvre outside the Station Road car park which serves Brough railway station, in east Yorkshire.

Ms Bakolis said she uses the entrance to the station car park to make a U-turn due to the congestion on her narrow cul-de-sac.

But as she turns her vehicle around, a parking enforcement camera run by APCOA, which is angled down Station Road, registers her number plate and considers her a user of the station car park who has not paid for a ticket.

The car park is located at the end of Station Road and is a dead-end, as the far side of it is the entrance to Brough railway station. 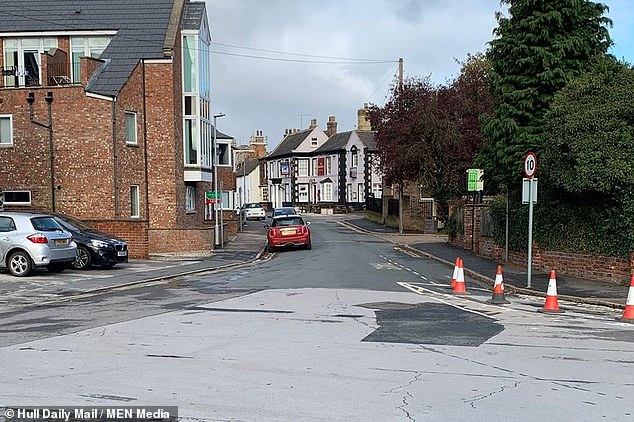 Dianne Bakolis, 59, was hit with £120 worth of fines after turning her car around at the entrance to the Station Road car park at Brough railway station. The picture shows the entrance taken from inside the car park looking back out onto Station Road where Ms Bakolis lives 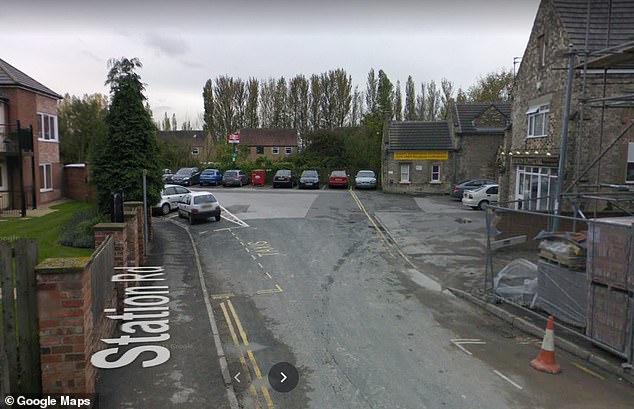 A picture showing the area entrance to the car park where Ms Bakolis turns her vehicle around. She said she drives to this section as it is wider than the rest of Station Road 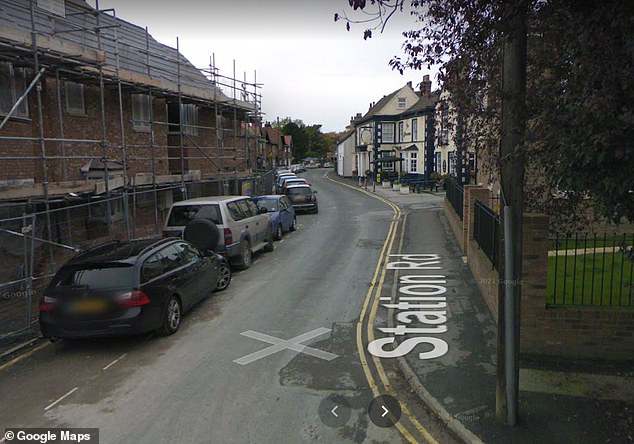 A picture showing Station Road from just outside the entrance to the car park. Ms Bakolis says she opts to turn her car around in the car park as Station Road is too narrow and often congested

Several other motorists, including people picking up takeaways from a nearby Chinese restaurant or making drop offs at the station, also claimed to have been hit with fines.

Ms Bakolis, who has previously won appeals against APCOA, told Hull Daily Mail: ‘Sometimes it’s really hard turning around on Station Road, which is a dead end, so I sweep round the car park to make a turn.

‘The camera is angled down Station Road, but there’s no need to be, as there are no station parking bays there.

‘It seems to be it’s purely to try and catch people out who aren’t even using the car park, they’re either dropping off or getting a Chinese.

‘I appealed the first one and won, I am now appealing these three I received in one day.’

Another resident, Penny Coates, said she recently got two fines in one day and another the next morning.

She said she would turn her car around at the car park and ‘once or twice’ pulled into a parking space and waited a few seconds until she was able to reverse out.

She added: ‘I have had four tickets issued for this.

‘The last one I turned around at the Chinese take away.

‘I am now just waiting to hear the outcome of my appeal.’

A spokesperson from APCOA Parking said: ‘APCOA and our client are aware of a current issue at this site and are working to resolve it as quickly as possible.

‘In the meantime, we encourage anyone who believes they have been incorrectly served with a Penalty Charge Notice (PCN) to follow the appeals process so we can respond to their specific case.’