A woman was thrown off her motorboat into the sea after the boat exploded while the family were filling it up with fuel.

One of the surveillance cameras in the port of Ponza, in Italy, captured the sudden blast’s shockwaves that sent the woman flying into the water.

Neither the gas station attendant nor any of the family members were harmed by the dramatic explosion. 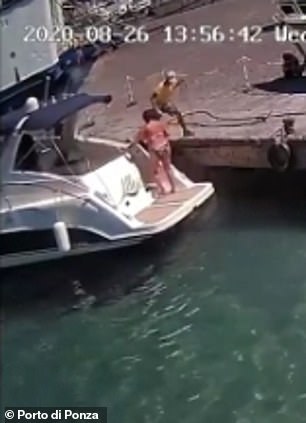 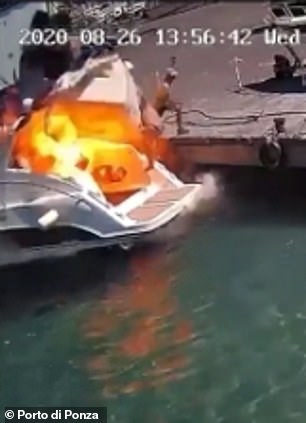 A woman was blown off her boat when it exploded while she was filling it up with fuel in the port of Ponza, in Italy 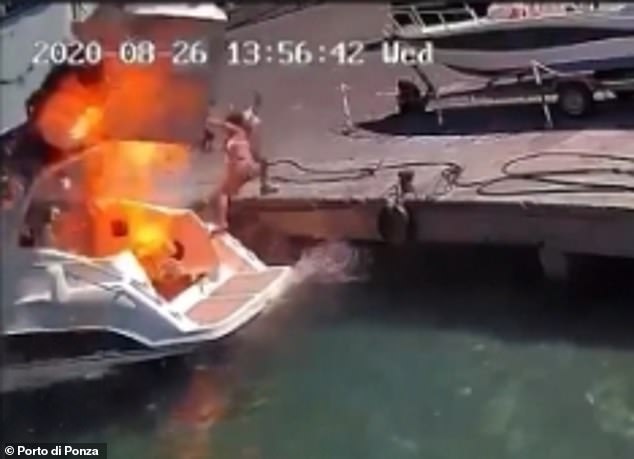 One of the surveillance cameras in the port of Ponza, in Italy , captured the sudden blast’s shockwaves that sent the woman flying into the water 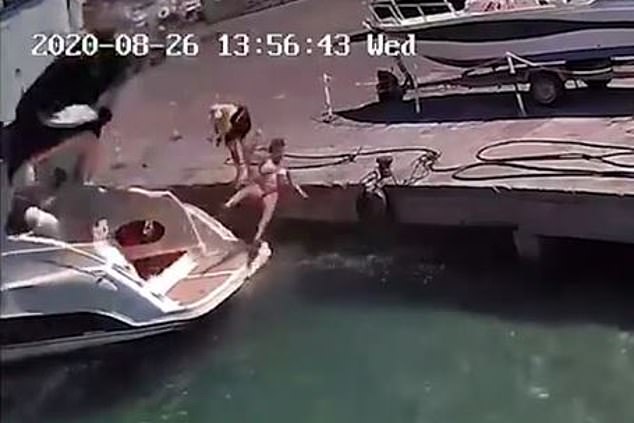 The woman was sent flying through the air by the force of the blast in the port of Ponza, Italy

The video starts by showing the gas station attendant and the woman refuelling the motorboat in the beautiful port.

The woman’s husband and his daughter also jump into the sea to escape the burning boat.

Another man runs to move the gasoline pump away so that it does not set on fire as well while the attendant struggles to climb out of the water.

The family move away from the boat while attendants use a hose to put out the fire.

Fuel vapour build up is one of the most common reasons for motorboats with gasoline engines blowing up.

Maintenance and proper ventilation are the best ways to prevent a boat explosion, according to a warning issued in 2019 by US law firm Penney and Associate.