A shamed primary school teacher filmed kicking and slapping a horse during a hunt has been sacked.

Sarah Moulds, who was condemned by the RSPCA for alleged animal cruelty after shocking footage of her emerged, has now lost her job at Somerby School after she was suspended last month.

The disgraced rider and mother-of-two from Somerby, near Melton Mowbray, Leicestershire, learned her fate today following a six-week investigation by education chiefs.

Mowbray Education Trust Chief Operating Officer Paul Maddox said in a statement : ‘I can confirm that Sarah Moulds’ employment with the Trust has been terminated.

‘As a Trust we are committed to ensuring the best standard of education for all of our young people and we look forward to continuing this throughout the 2021/22 academic year and beyond.’

Sarah was a senior leader and class three team teacher at her local Somerby School and was also a director of the Knossington and Somerby Pre-School before her termination.

The 37-year-old was seen lashing out at the horse following a Cottesmore Hunt meet in the county earlier this year. 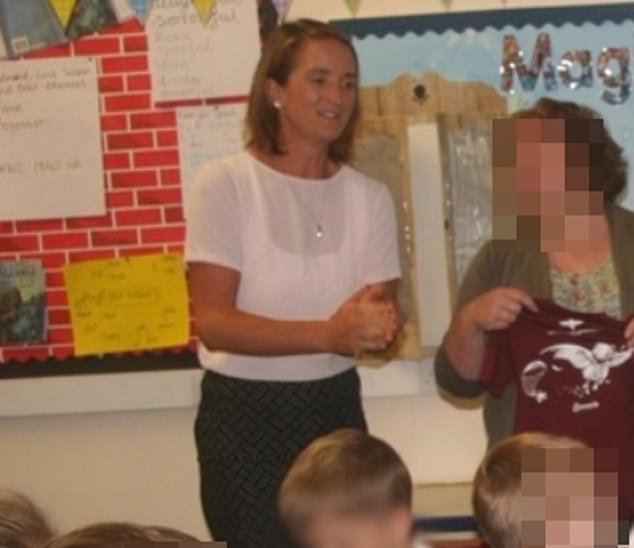 Sarah Moulds, a foxhunter who was filmed appearing to punch and kick a horse, has lost her job as a primary school teacher after an investigation by the school in relation to the viral video 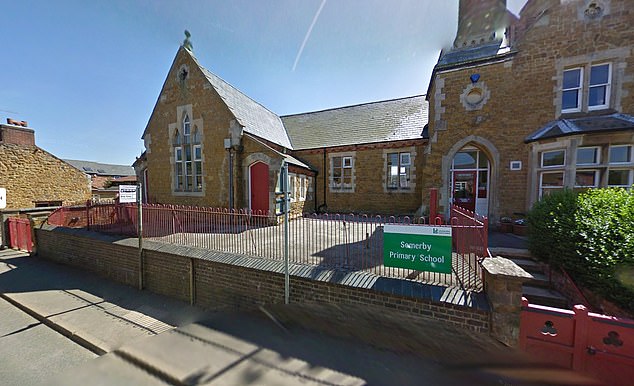 The Pony Club, which claims to be the world’s largest equestrian youth organisation with more than 30,000 UK members, also axed her as a team manager while condemning her actions as ‘unacceptable’.

In the aftermath of the video going viral, Sarah received abuse and death threats and moved to a secret location away from her semi-detached £350,000 property for several days.

A neighbour previously told how she had fled because she ‘feared for her life,’ saying: ‘She’s had to go away after receiving death threats and loads of vile abuse. It’s awful and has got very much out of hand. She fears for her life.’

The neighbour added: ‘I don’t know what happened and in what context but what is now happening to Sarah is horrible. She’s terrified of being in her own home in case someone targets her or her kids there.’

The local rider added: ‘She has young children and she is worried about them as well as herself. 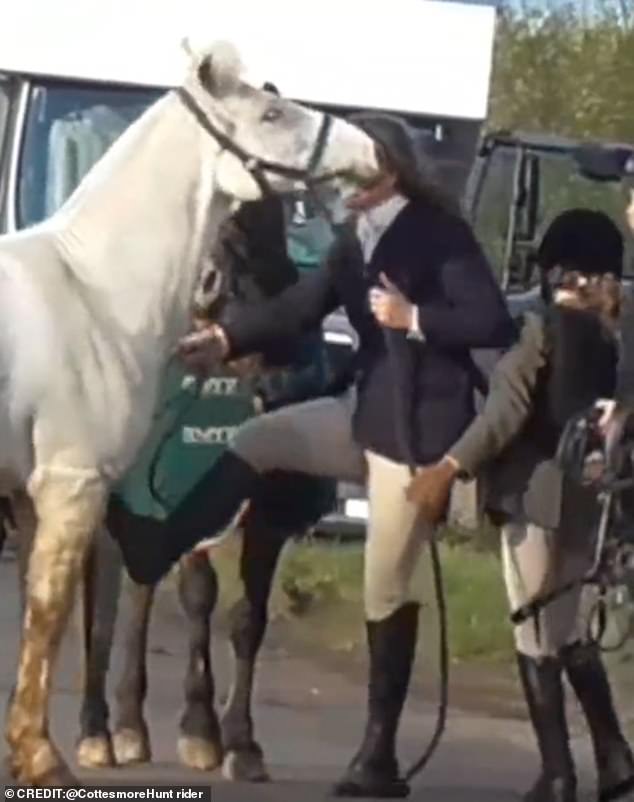 This is the shocking moment Sarah Moulds appears to kick and repeatedly slap a horse after a hunting event organised by Cottesmore Hunt, a group based in Rutland, East Midlands

‘She’s well known and respected in equestrian circles and her social media was bombarded with comments from very angry people after the video went viral and she’s now had to close it down.’

Her uncle David Kirkham from Bonsall, Derbyshire, insisted: ‘She is a very upright person, a fantastic person who absolutely loves her horses.

‘I’ve seen the video but we don’t know what the horse had been doing and if it was out of control. But we know it ran out onto the road and she told it off.

‘She was reprimanding the horse. There was no malice intended. She is very well thought of and respected.’

In the footage, a white horse trots away from the back of a horse trailer before it is stopped by a young rider.

A woman dressed in cream breeches and a navy jacket then grabs the reins of the animal before she kicks its body and slaps it repeatedly in the face as it tries to pull away. 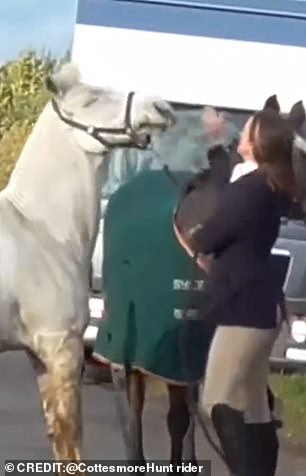 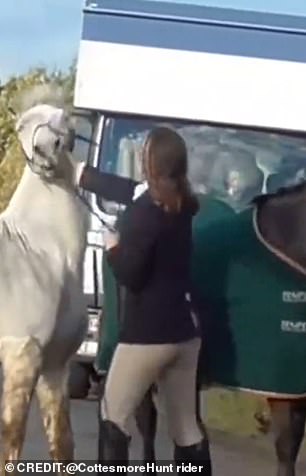 The Hertfordshire Hunt Saboteurs, who say they use ‘non-violent direct action to save wildlife’, shared the video on its Twitter page and tagged the RSPCA.

The group said that the incident took place on November 6 after a Cottesmore Hunt, one of the oldest hunts in Britain, and the incident demonstrated ‘violence running through their veins’.

Cottesmore Hunt said it did not condone the actions shown in the video ‘under any circumstances’.

The group said it ‘will be reminding all of our supporters that this will not be tolerated’.

The RSPCA confirmed it had seen the footage which it described as ‘upsetting’ and said an investigation had been launched, with a business card seen outside Mrs Moulds’s home days after the incident. 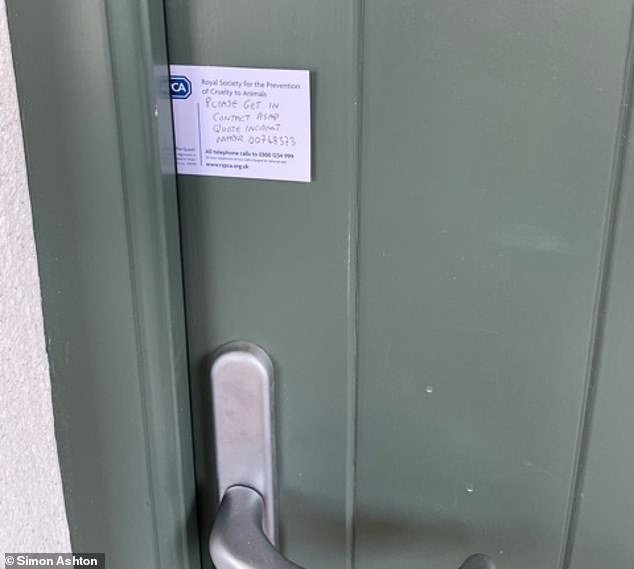 Pictured: An RSPCA card with a note was pinned to the front door of Mrs Moulds’s house

Meanwhile, BBC Springwatch presenter and zoologist Megan McCubbin said the footage showed ‘disgusting behaviour’. She said: ‘Yet another ugly side of an activist some call ‘sport’.’

The Hunting Office also criticised the footage and said the perpetrator does not belong to its hunting associations, adding that ‘it expects the highest level of animal welfare at all times’.

Anne Brummer, the CEO of animal welfare organisation Save Me Trust, said: ‘Absolutely disgusting, she should be prosecuted and not allowed near a horse again. No one around her seems socked, what is wrong with these people.’

The RSPCA, who said the footage was ‘really upsetting’, has also confirmed it is launching an investigation into the incident after the video sparked outrage online.