The move – confirmed by the US Treasury Department today – is yet another indication from Donald Trump’s White House that it will not tolerate threats from Tehran. The sanctions will apply to an Iraqi company and two of its associates, which it said had helped Iran’s Islamic Revolutionary Guard Corps-Quds force by smuggling hundreds of millions of dollars worth of weapons. The measures specifically target Baghdad-based South Wealth Resources Company – who the US accuses of helping facilitate arms shipments.

“They have been used to arm regional proxies of the IRGC Qods Force in Iraq, while personally enriching regime insiders.” 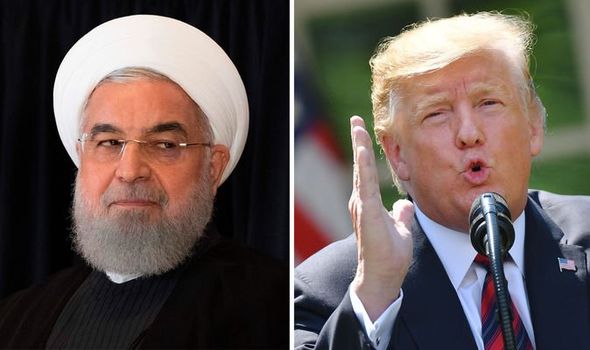 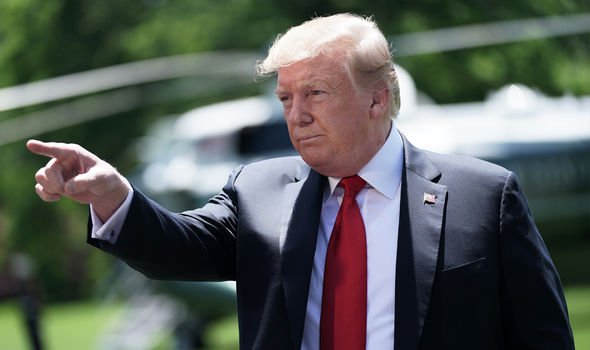 US policy towards Iran has not come without criticism, though.

Mr Kahl explained that: “As tensions mount between the US and Iran, American and Iranian leaders publicly insist they want to avoid war.”

However, he noted: “History is littered with accidents, misperceptions, miscalculations, hidden bureaucratic agendas and other factors that produced armed conflicts nobody seemed to want.”

The ferocious headline represents the sour Iranian mood towards the US amid an ongoing war of words.

Onlookers now believe that hardline Iranian politicians who once opposed Barack Obama’s nuclear deal are putting up resistance to peace talks over fears of yielding to Washington.

Publicly, however, Iranian officials are quietly confident about the Japanese state visit. 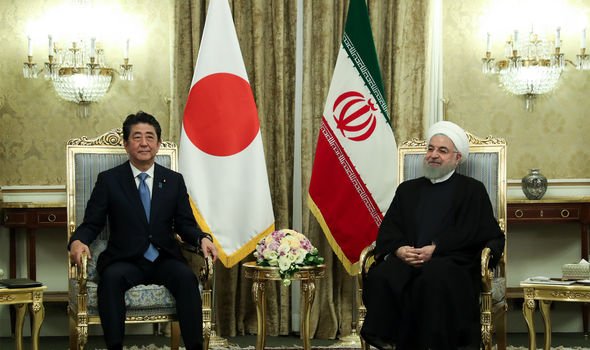 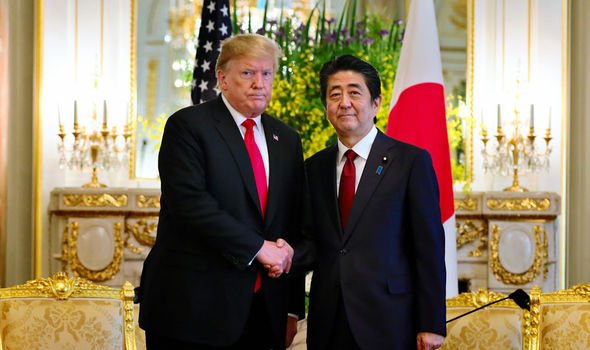 One said: “Japan can help in easing the ongoing tension between Iran and America.

“As a goodwill gesture, America should either lift the unjust oil sanctions or extend the waivers or suspend them.”

Another noted that Mr Abe could play a “very constructive” role in calming tensions.

Mr Abe will become the first Japanese premier to visit Iran since the 1979 revolution.