Two ex-military members accused of torture had been living in Germany as refugees and were arrested over a year ago. 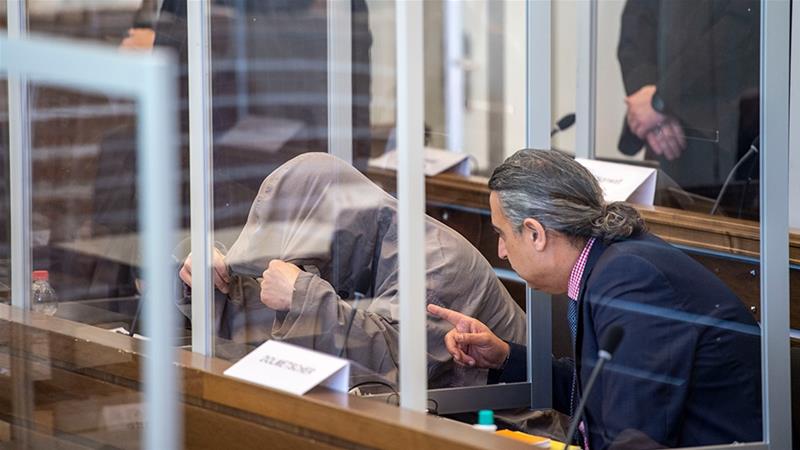 Koblenz, Germany – The world’s first trial of a senior member of the Syrian military for war crimes is under way in Germany despite ongoing restrictions due to the COVID-19 pandemic.

The accused – Anwar Raslan, a former colonel in the Syrian military, and co-defendant Eyad al-Gharib, who allegedly worked under Raslan, had been living in Germany as refugees and were arrested in February last year.

Because both are in custody, German law says it is important to proceed with the case quickly in the interests of justice and an efficient legal system, a spokesperson from the Higher Regional Court in the southwestern German city of Koblenz told Al Jazeera.

“The conditions for the trial had to be adapted to current circumstances so that the schedule could be kept,” she said.

The trial began on Thursday in Koblenz, with benches carefully spaced out in the press and public galleries. The process started with the indictment being read aloud to defendants. 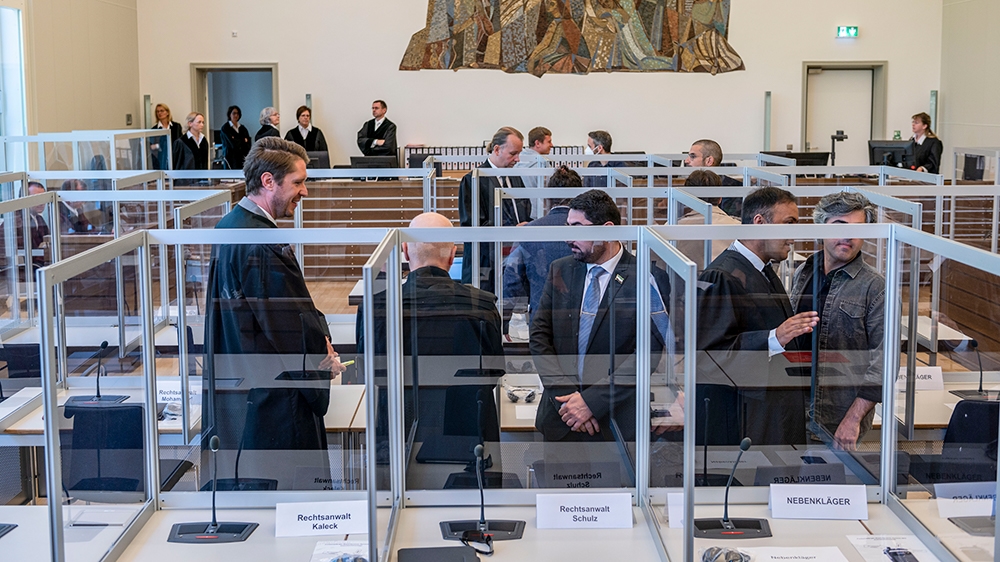 Raslan is accused of complicity in crimes against humanity. He supervised investigations at Branch 251 of military intelligence in Damascus and German prosecutors say he was well aware of torture, inhumane conditions and resulting deaths of anti-government activists at the branch.

The case against Raslan is based on the period between April 2011 and September 2012, when at least 4,000 prisoners were tortured at Branch 251.

Detainees were often denied medical treatment and food and at least 58 people died there during that time.

Prosecutors expect to be able to prove the case by placing both defendants at the branch over those 17 months.

The indictment which details these charges is about 100 pages long and was read out in the court due to the German legal “principle of orality”, which requires oral evidence to be given live in an open court before the accused and judges.

There are no jury trials in Germany and the entire case, which is expected to take up to two years, will be decided upon by five specially appointed judges.

On the first day of the trial, the accused and their defence lawyers have the chance to make an opening statement to the court.

The case marks the first time a high-ranking official in Syrian President Bashar al-Assad’s administration has been held to account in court.

This allows German prosecutors to work on war crime cases, whether they have a close connection to Germany or not.

Universal jurisdiction could result in an alternative means for the international community to bring war criminals to account.

“The trial will provide an overall picture of the crimes committed by the Syrian government,” Wolfgang Kaleck, a lawyer whose Berlin-based organisation, the European Centre for Constitutional and Human Rights, will represent 16 witnesses – Syrian survivors of torture and former detainees – said in a statement before the trial.

“This knowledge can then be used by others and in other trials, be it in Arab countries or on the international level.”