If you or someone you know is in crisis, call 988 to reach the Suicide and Crisis Lifeline. You can also call the network, previously known as the National Suicide Prevention Lifeline, at 800-273-8255, text HOME to 741741 or visit SpeakingOfSuicide.com/resources for additional resources.

Wynonna said in an interview with People the last time she saw her mother was on April 11 at the CMT Awards, where the duo performed “Love Can Build a Bridge.”

“The last thing I said to her was ‘I love you,’ and I’m so grateful for that,” she told People.

Naomi died by suicide at age 76 on April 30, one day before The Judds, the hit country music duo she performed in with Wynonna, were set to be inducted into the Country Music Hall of Fame.

“I can’t quite wrap my head around it and I don’t know that I ever will. That she left the way she did,” Wynonna told People. “That’s how baffling and cunning mental illness is. You have to make peace with the fact that you don’t know. Sometimes there are no answers.”

Wynonna described her mother as being “always so determined. No matter what happened to her.”

“Being fired. Being forgotten. A single white female raising two babies by herself. On welfare and food stamps. She never gave up,” Wynonna said. “So think about that and apply it to every part of life, including death. With the same determination she had to live, she was determined to die. It’s so hard to comprehend how someone can be so strong and yet so vulnerable.”

Wynonna said that she feels guilt about having spent so much time away from her mom. The singer said she and her mother were “disconnected” in part due to Wynonna’s touring schedule with husband Cactus Moser.

“It was incredibly painful for [my mom] because her favorite place to be was on the road and to be with me and [my sister] Ashley,” she said. “She was by herself a lot. And so we were disconnected. One of my regrets is that I was so busy. She often talked about how lonesome it is in that house without us.”

“I’ve accepted it as much as I possibly, humanly can,” Wynonna continued. “Acceptance and then surrender, and what comes after is finding meaning.”

Part of finding meaning, for Wynonna, is continuing on with The Judds’ final tour, which she was supposed to perform with her mother. “I have to celebrate the joy as much as I can,” she said. “That’s part of the reason I’m doing the tour.” 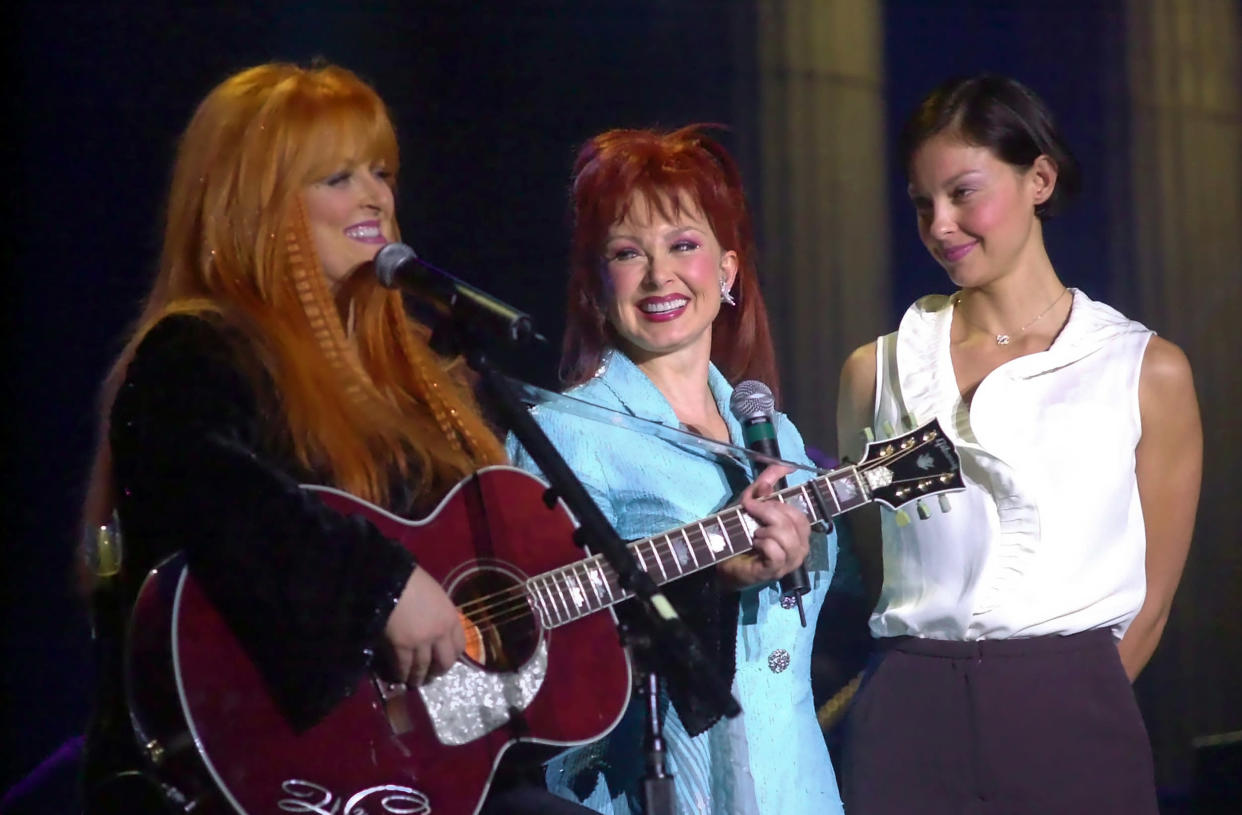 The Judds’ tour kicked off on Sept. 30, and the final stop is scheduled for Oct. 29 in Lexington, Kentucky. Special guests on the tour are slated to include Brandi Carlile, Faith Hill, Little Big Town, Martina McBride, Ashley McBryde and Trisha Yearwood.

Wynonna announced to fans during a celebration of her mother’s life in May 2022 she would be continuing on with the tour — without her mother, as originally planned.

“So, I made a decision and I thought I’d share it on national television. That after a lot of thought, I’m going to have to honor her and do this tour. I’m just going to have to,” she said. “Because that’s what you would want, and Bono once told me give them what they want, not what you want.”