Saudi-backed Yemeni forces claim to have captured two areas on the outskirts of the port city of Hodeidah. 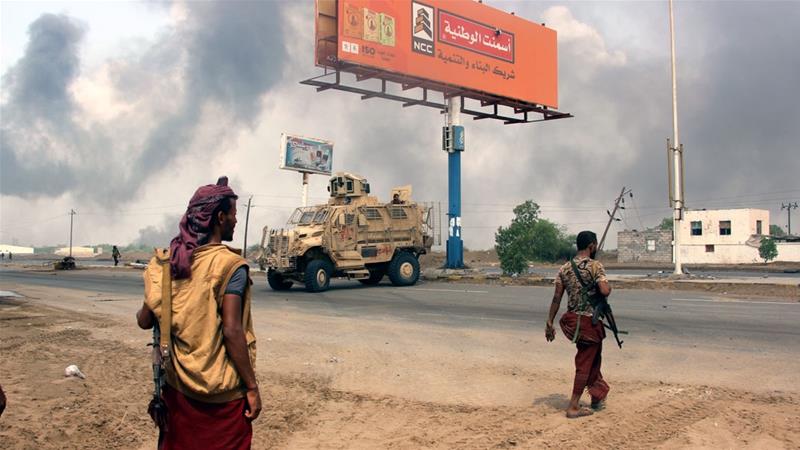 The Saudi-UAE military alliance at war with Yemen’s Houthi rebels says it has advanced towards the western city of Hodeidah, hours after residents reported a barrage of air raids targeting the strategic port city.

Yemeni journalist Manal Qaed said the sound of fighter jets dropping bombs pierced through the sky late into the afternoon, with civilians fearing to venture out of their homes.

Kilo-16 is the main highway linking Hodeidah city with the rebel-held capital, Sanaa.

Aid agencies have long warned that fighting in Hodeidah risks escalating the dire humanitarian crisis in Yemen, where about half the population – some 14 million people – could soon be on the verge of famine.

“This is not the first time the city has been attacked and sadly residents have grown accustomed to the sounds of air strikes and shelling,” Qaed said.

“Throughout the day, we’ve heard the sound of jets in the sky, intense shelling and air strikes,” she added. “As for me, I will only leave once clashes flare in the city.”

Meanwhile, the dpa news agency reported that Yemeni forces, backed by the Saudi-UAE alliance, gained territory on the eastern and southern outskirts of Hodeidah.

A military source told dpa on condition of anonymity: “The forces will not stop until they take control of the strategic Hodeidah port.”

On Tuesday, the alliance sent more than 10,000 troops to Hodeidah in a new offensive aimed at securing the so-called “liberated areas”.

So far, the Yemeni forces and the alliance had held Kilo 7 and Kilo 10, areas which sit less than five kilometres from the city’s busy fish market.

‘Losing Hodeidah will be a big blow’

Adam Baron, a Yemen analyst and visiting fellow at the European Council on Foreign Relations, called the port city a “key prize”, adding it would be a “big blow” if the Houthis lose control of the installation just weeks before peace talks demanded by the United Nations and the US are to be held.

“Hodeidah is arguably Yemen’s most important port and is one of the Houthis’ main sources of revenue,” Baron said.

“In any conflict [control of a port is] a key prize. It would be a big blow [if the Houthis lost the port to the alliance], but not a killer blow,” he added.

Analysts expect the rebels to use Hodeidah as a bargaining chip when they enter into UN-brokered talks scheduled in Sweden later this month.

The UN has repeatedly warned a military campaign on Hodeidah would have devastating consequences for the country’s residents.

Addressing reporters at the world body’s headquarters in New York on Friday, UN Secretary-General Antonio Guterres said the warring parties must seize on this “opportunity for peace”.

“To avert imminent catastrophe, several steps are required. First, violence must stop everywhere with an immediate halt around critical infrastructure and densely populated areas,” he said.

“We must do all we can now to end human suffering and avoid the worst humanitarian crisis in the world from getting even worse,” he added.

According to the Yemen Data Project, the Saudi-UAE alliance carried out at least 335 air raids on Hodeidah between June 1 and September 30, with civilians frequently bearing the brunt.

At least 15 people were killed in September when raids hit a road linking Hodeidah with Sanaa.

The Saudi-UAE military alliance acknowledged mistakes in its air operations, but has mostly defended its record.

It has denied deliberately targeting civilians, but Riyadh’s narrative over its actions in Yemen has faced mounting criticism following the killing of Jamal Khashoggi, a dissident Saudi journalist and Washington Post columnist.

The conflict in Yemen, the Arab world’s poorest country, began with the 2014 takeover of by the Houthi rebels, who toppled the internationally recognised government of President Abd-Rabbu Mansour Hadi.

Concerned by the rise of the Houthis, believed to be backed by Iran, the Saudi-UAE military-led coalition launched an intervention in 2015 in the form of a massive air campaign aimed at reinstalling Hadi’s government.

Earlier this week, the Armed Conflict Location and Event Data Project (ACLED), an independent watchdog, said around 56,000 Yemenis had been killed in the violence. The UN says the conflict has killed at least 10,000 people, but has not updated its death toll in years. 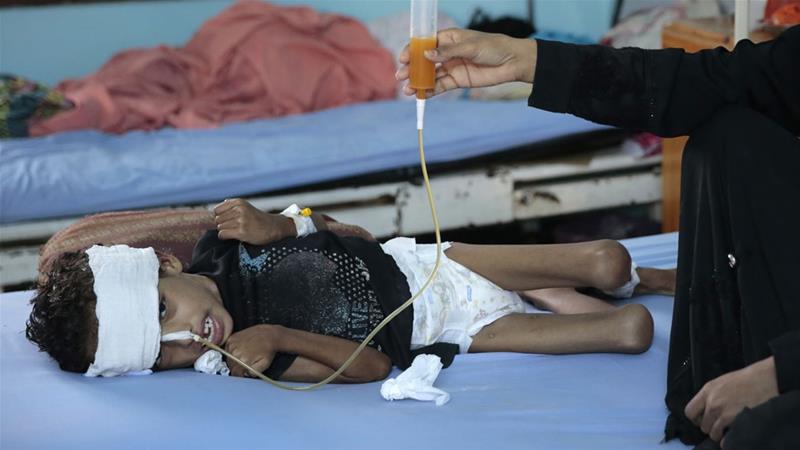 What can a UN investigation achieve in Yemen?