We found a great mass of humanity on a featureless plain in northern Syria and every person we set eyes on was trying to escape.

They were the wives, mothers and children of Islamic State (IS) and they had decided to abandon their so-called caliphate after years of war.

Kurdish soldiers from the Syrian Democratic Forces (SDF) sent cattle trucks to pick them up near a village called Baghuz.

IS controls a handful of streets and a field full of tents on this sliver of land near the Iraqi border. 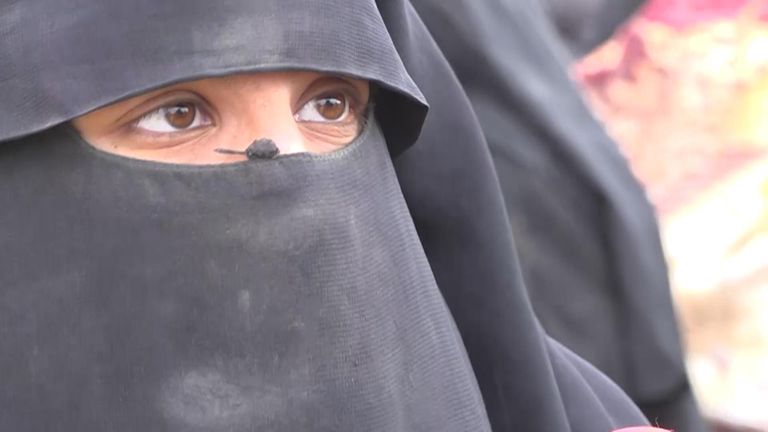 We were greeted with vacant stares and dirty faces and a collective sense of fear.

The SDF uses this patch of ground to screen and document the evacuees. People who fought for IS are interned in prisons. The rest go to a massive displacement camp, nine hours to the north, in a town called al Hawl.

Al Hawl is where Shamima Begum, a British teenager who travelled to Syria to become an IS bride, is currently – along with 1,555 other women and children who travelled from abroad to join the extremist group.

“It is war, always war,” said a woman from Germany, when I asked her what the conditions were like in Baghuz. 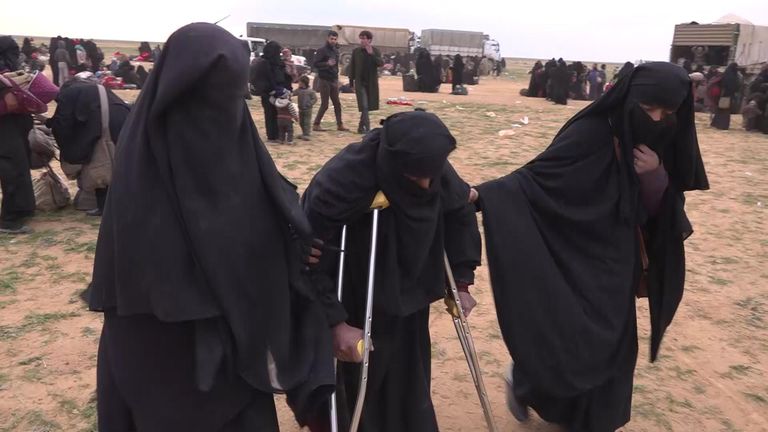 There was so little food, she said, that people were eating weeds and mouldy bread.

Another woman, who called herself Layla, said she had been desperate to leave.

She said: “It was difficult to get out. We were starving, there was bombing, it was cold. The kids were sick.”

I asked Layla, who is a teenage mother of three children, whether she regretted her time in IS. 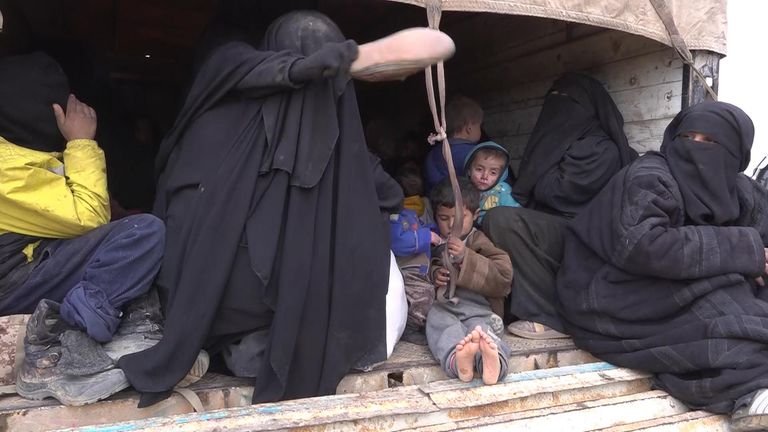 However, there were many people on this windswept stretch who are devoted to IS. It may have lost the vast majority of its territory, but its fanatical ideology has not weakened.

As we filmed, we were scorned as intruders and infidels.

“Your face is like a shoe,” said one women, firing the worst insult she could think of at me.

Another said I would never understand.

“Thanks be to God, [Islamic State] has laws that are God’s laws, they only have God’s law and when they help people it’s for free. It was the perfect life of dignity and grace.” 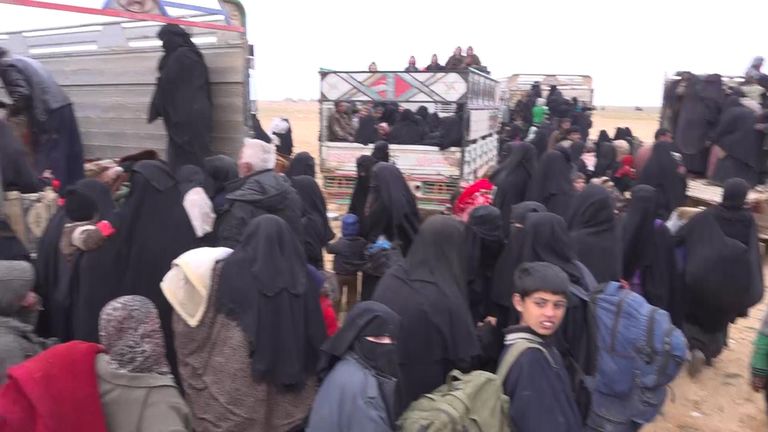 For the SDF, thousands of evacuees pose a security threat and a major logistical challenge. They handled 5,000 on the day of our visit.

Each adult is screened by intelligence officers and the majority are sent to al Hawl in lorries designed to carry sheep.

Some won’t survive the journey.

The International Rescue Group told Sky News that 62 people have died on the way to this displacement camp – two-thirds of them were under the age of one. 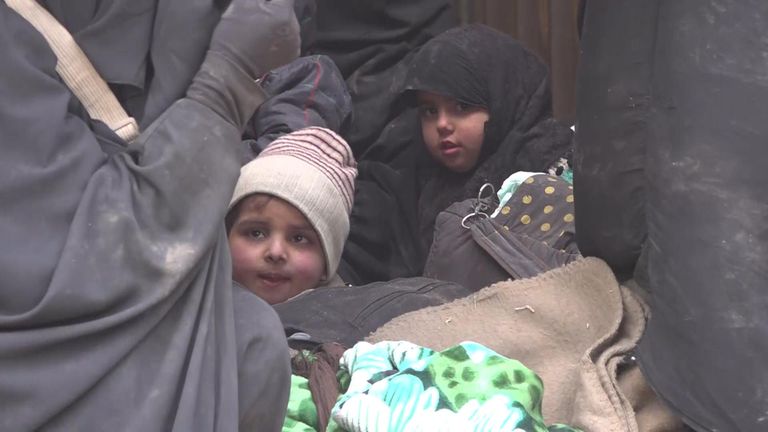 We did meet a former American soldier called David Eubank, who is trying to do something about it. He heads a group of volunteer medics from an organisation called the Free Burma Rangers.

We spoke just after he and his team had delivered a baby.

“We helped with four deliveries last night, [my wife] did two of them. We have seen 40 people shot here. Some wounds were two days old – some wounds were one month old. No leg, bones sticking out, [they were put] in the back of the trucks with no care,” he said.

Many of the people on this rocky patch were defiant and completely unapologetic.

But after years of war and trauma they all need help.