A pro-Russia blogger revealed Moscow is running short of ammunition for its troops fighting in Donbas as Ukraine continues to hammer depots with long-range artillery provided by the West. On Tuesday, Ukraine said it had carried out a successful long-range rocket strike against a Russian ammunition dump in the town of Nova Kakhovka in the Kherson region, which killed 52 Russians.

The area is one that Russian forces seized after launching its illegal invasion in February and is of strategic importance with Black Sea access, a once thriving agricultural industry, and a location just north of Russian-annexed Crimea.

It comes after Volodymyr Zelensky’s troops hit at least five ammunition depots, located between Donetsk and Luhansk on Friday.

Fighting Cat Murtz, a pro-Russia former rebel fighter, pinned the blame on Russian commanders who knew Ukraine was being provided with long-range missiles by the West.

He wrote: “Now we’ve lost these warehouses one by one.

“Instead, out of the blue, a wild ‘shell hunger’ has just been created by the enemy who has mastered new foreign artillery systems and MLRS.”

Igor Strelkov, a former commander of rebel forces in the Donetsk People’s Republic, revealed 10 ammunition dumps had been destroyed over the past week by Ukrainian missiles. 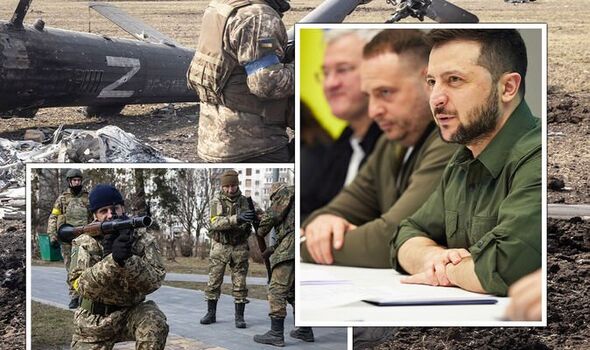 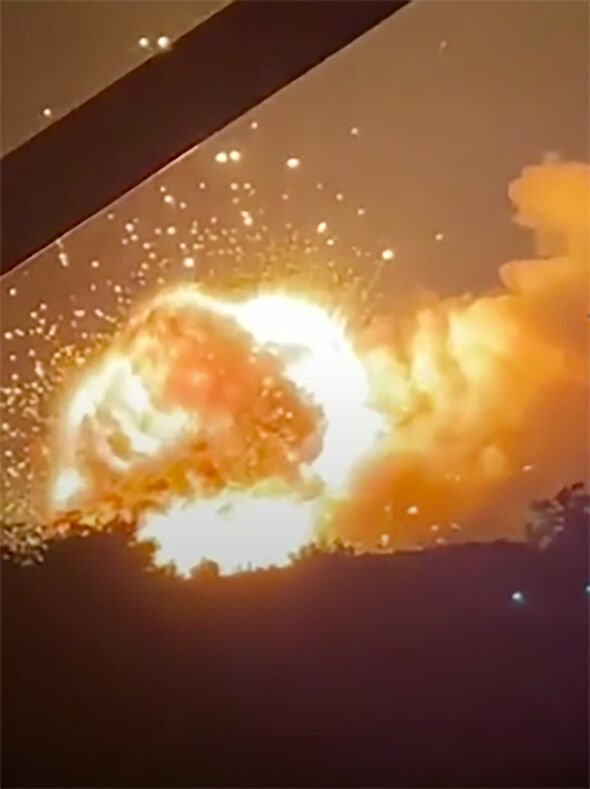 He also told how several oil depots and a dozen command posts had been destroyed.

Speaking on his Telegram channel, Strelkov said: “The Russian air defence system … turned out to be ineffective against massive strikes by Himar missiles.

“There have been big losses in personnel and equipment.”

Ukrainian government officials have spoken of efforts to marshal up to one million troops and of their aim to recapture southern parts of the country under Russian control which they have said are important for economic and political reasons.

Ukraine’s southern military command said in statement: “Based on the results of our rocket and artillery units, the enemy lost 52, an Msta-B howitzer, a mortar, and seven armoured and other vehicles, as well as an ammunition depot in Nova Kakhovka.” 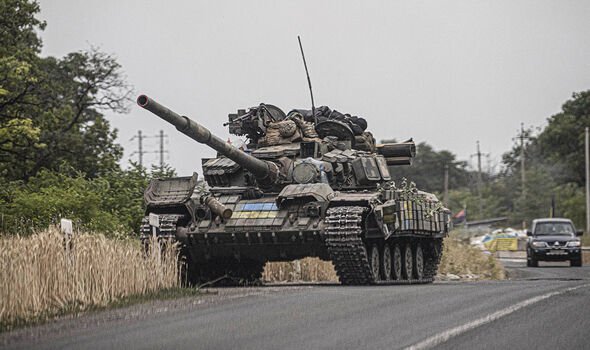 Unverified videos posted on social media showed smoke and sparks, followed by an immense fireball erupting into the night sky.

Images released by Russian state media showed a wasteland covered in rubble and the remains of buildings.

An official from the Russian-installed local administration said Ukraine had used HIMARS missiles in the strike and that they had destroyed warehouses containing saltpetre, a chemical compound which can be used to make fertiliser or gunpowder, resulting in a large explosion.

The Ukrainian Defence Ministry did not immediately respond to a request for comment about the kind of weapon used. 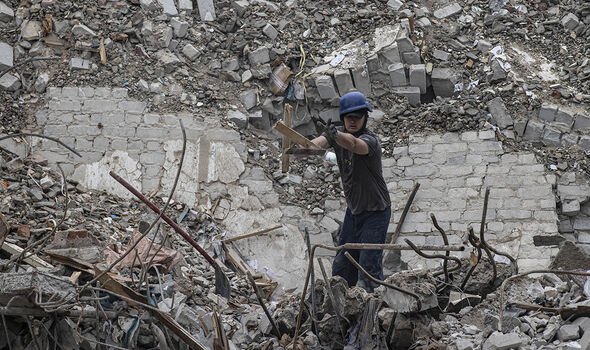 Russia has accused Ukraine of shelling its own people in territory of which it has lost control.

But Ukraine says it evacuates as many people as possible from areas seized by Russian forces in what it and the West have cast as an unreconstructed attempted imperial-style land grab by Moscow.

Kyiv and the West say Russia’s own strikes have been indiscriminate, killing civilians and levelling city districts.

Moscow denies targeting civilians but many Ukrainian cities, towns and villages have been left in ruins as the conflict grinds towards the five month mark.

Russian forces have for weeks been shelling parts of the Donetsk region, which is part of Donbas, and are expected to launch an assault on the eastern city of Sloviansk.

Vladimir Leontyev, head of the Russia-installed Kakhovka District military-civilian administration, said at least seven people had been killed in the attack and around 60 wounded.

He is quote by Russia’s TASS news agency as saying: “There are still many people under the rubble. The injured are being taken to the hospital, but many people are blocked in their apartments and houses.”

He also claimed warehouses, shops, a pharmacy, gas stations and a church had been hit.

After Russia failed to quickly take Ukraine’s capital Kyiv, its forces turned to the Donbas, whose two provinces Donetsk and Luhansk have been partly controlled by Russian-backed separatists since 2014.

Russia now controls all of the Luhansk region and some of the Donetsk region.

Russian President Vladimir Putin aims to hand control of the Donbas to the separatists whom Kyiv says are Russian-controlled puppets, a charge they deny.

Since Russia sent troops into Ukraine on February 24 in the biggest ground invasion in Europe since World War Two, thousands have been killed, millions displaced and whole swathes of some Ukrainian cities turned into wastelands.

Putin says the “special military operation” in Ukraine is necessary because Moscow had to defend Russian-speaking people against persecution which he says the West has ignored.