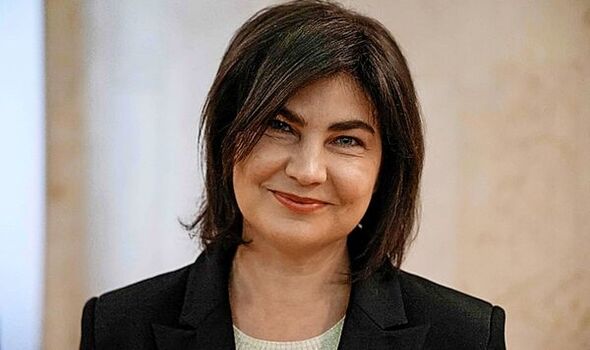 In a move that took most by surprise, President Zelensky dismissed prosecutor general Iryna Venediktova and replaced her with her deputy Oleksiy Symonenko.

He then also sacked Ivan Bakanov, the head of the SBU – the Security Service of Ukraine.

Mr Bakanov was a long-time friend of Mr Zelensky, according to Ukrainian news agencies.

But in a televised address to the nation, the embattled President explained the move, saying: “In particular, more than 60 employees of the prosecutor’s office and the SBU (Security Service of Ukraine) have remained in the occupied territory and work against our state.”

“Such an array of crimes against the foundations of the state’s national security, and the links recorded between Ukrainian security forces and Russian special services raise very serious questions about their respective leaders,” he said.

Neither of those removed from their posts commented, but the sackings show the intense pressure the Ukrainian defenders are now under.

And the move also came as intelligence reports suggested Russia is preparing for its next major offensive.

The Ukrainian military yesterday said that a significant number of Russian warships in the Black Sea were being moved from Crimea further east to the port of Novorossiysk.

In response, Kyiv warned that it has now received further deliveries of longer-range missile systems from its Western allies.

And in an additional threat, Russia’s former President Dmitry Medvedev, now deputy head of the Security Council, warned Ukraine of a “Judgement Day” if it were to attack Crimea.

On the ground, the onslaught in the East and South of Ukraine showed no signs of abating – with casualties high on both sides.

Some 20,000 Russian rounds are now being fired every day, with 100 Ukrianian troops killed each day and three times this number of Russians being killed on a daily basis, according to latest figures.

The UK’s ministry of defence yesterday warned that Russia is now using the infamous private military company Wagner in Ukraine to reinforce its front-line forces.

But in its daily intelligence briefing, the MoD also added that heavy losses they have sustained are likely to be impacting their effectiveness.

“Wagner has almost certainly played a central role in recent fighting, including the capture of Popasna and Lysyschansk. This fighting has inflicted heavy casualties on the group.”

It added that “this will highly likely impact on the future operational effectiveness of the group”.

As the number of dead on each side continues to rise, the West has vowed it will hold Russian President Vladimir Putin responsible for the atrocities carried out by Russia in Ukraine.

Last week, the United States and more than 40 other countries – including the UK – agreed to coordinate investigations into suspected war crimes during the invasion.

The 45 countries, including European Union states as well as Britain, the US, Canada, Mexico and Australia at a conference in The Hague signed a political declaration to work together.

ICC Prosecutor Karim Khan said: “The simple truth is that, as we speak, children, women and men, the young and the old, are living in terror.”