The Joint Forces Task Force in Ukraine announced that its air defence units destroyed two of Russia’s “Alligator” all-weather attack helicopters in a statement on Facebook. A spokesperson wrote: “Units of the anti-aircraft missile troops of the Khortytsia operational-strategic troop group faithfully perform their duties even on weekends, as a result, two Ka-52 fire support helicopters were destroyed on Saturday and Sunday.”

This will come as a further blow to Putin as the Russian military continues to suffer major losses.

It follows emerging details of Ukrainian saboteurs blowing up a railway bridge.

A group of guerrilla fighters damaged the crossing in the southwest of Melitopol, a city occupied by Russian forces in the south of Ukraine.

Ivan Fedorov, Melitopol’s exiled mayor, said the attack blocked the route to Russian troops heading to the area from Crimea. 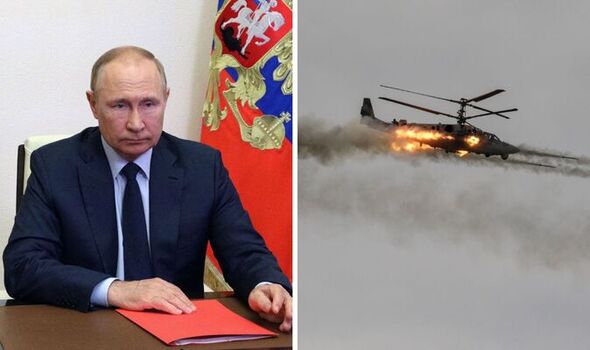 Mr Fedorov added in a post on messaging service Telegram that the saboteurs’ action meant Russia would be unable to transfer military equipment from the peninsula, which was annexed by Russia in 2014.

He also said the Russian invaders had been unable to repair the bridge for a second day, according to a report published on Hromadske Radio’s website late on Sunday.

Melitopol’s mayor continued: “Since yesterday in Melitopol and nearby settlements, massive filtering measures have been carried out. But not a single partisan was ever found.

“Kudos to the Melitopol partisans for their daily heroic successes behind enemy lines.” 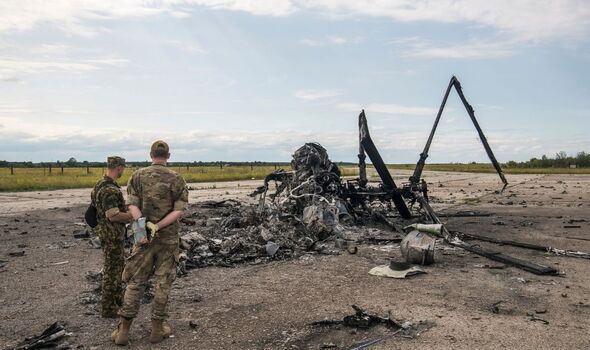 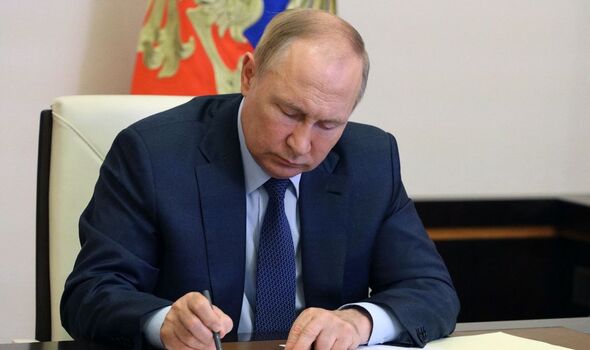 News of the reported strike comes after Mr Fedorov claimed HIMARS strikes hit a number of military bases in Melitopol in the early hours of August 8, killing troops and blowing up hardware.

Mayor Fedorov wrote on Telegram after the alleged strikes: “According to preliminary estimates, a significant amount of military equipment was destroyed.”

It was reported at the end of last month that the Kremlin had launched a “massive redeployment” of troops to Melitopol and two further southern regions in what appeared to be a change of tactics.

Oleksiy Arestovych, an adviser to Ukrainian President Volodymyr Zelensky, said in July that Russia appeared to be switching from offence to strategic defence, using tactical attacks in a bid to weaken Ukraine’s offensive potential in the Donetsk industrial region. 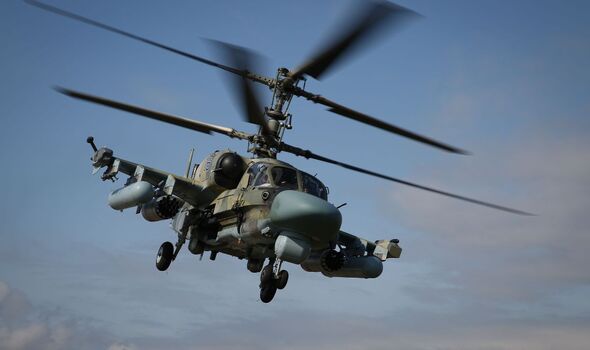 He added: “[This would] place us in a position where we are unable to liberate all our territory and call for talks.”

The bridge in the Zaporizhzhia region connected Melitopol to the city of Tokmak in eastern Ukraine.